5 Defenses Your Criminal Attorney May Consider 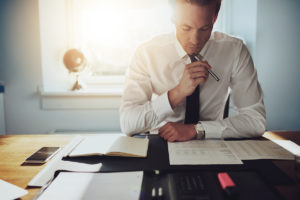 Being arrested and charged with a crime does not automatically result in a conviction. Luckily, United States citizens are protected by various rules of law that may not necessarily prevent prosecution, but can lead to a reduction in charges or a lesser sentence upon conviction. The prosecution may not have ample evidence to prove your guilt. Perhaps you were acting in self-defense or lacked the ability to determine the criminality of your actions. Whatever the charges levied upon you, there are several defenses your criminal lawyer has at their disposal to be sure you receive a fair trial.

Possibly the easiest to prove in criminal court, self-defense is usually associated with violent crimes in which the defendant felt the need to commit the crime in order to protect their own physical well-being. Contrary to popular belief, the defendant doesn’t even have to wait to be harmed before acting in such a way as to protect themselves from a perceived violent act. However, a defendant must be careful to rely only on reasonable action to prevent the violence that is being threatened.

Closely related to self-defense, a criminal defendant may have felt compelled to commit the crime in question in order to protect the well-being of another. For example, if a defendant witnesses an adult beating a child, they have the right to intervene because the child is most likely unable to put up an effective defense against their attacker.

In some cases, a defendant in either unaware that they are committing a crime or lack the control necessary to not carry out the act. The M’Naghten Rule defines insanity as the inability to distinguish right from wrong. This could be due to a decreased mental capacity caused by intellectual disability or a mental illness that prevents the defendant from resisting the impulse to commit the act.

In conclusion, some defenses to criminal charges are considered “total defenses” at which point an acquittal is almost guaranteed. On the other hand, some are only seen as a partial defense and, therefore, may result in the reduction of charges or punishment. Whatever the charges may be, it is important to allow your attorney the chance to examine all of the evidence and determine what line of defense will be most appropriate in your case.