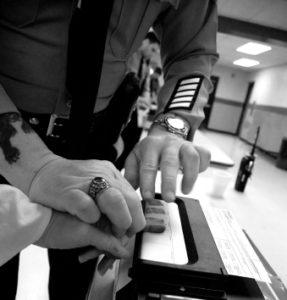 The Federal Bureau of Investigation (FBI) released its annual list of crimes in September 2016 and, while property crimes had decreased in 2015, the data showed a 3.9 percent increase in violent crimes during the same year. However, the Uniform Crime Reporting (UCR) Program is unlikely to include the myriad of impossible acts for which some may have been arrested.

People may have been arrested for some of these acts, but most are quickly dismissed or reduced. This is because those alleged “crimes” were not factually, nor legally, possible to commit.

Let’s say a pickpocket tries to rob a person who has no money. Due to the fact that it would be impossible to take anything from the victim the perpetrator of the act cannot be convicted of robbery. However, the perpetrator can still be charged with attempted robbery. This is why factual impossibility is not considered a complete defense to any crime.

The fact that a crime is impossible to commit does not constitute a defense to the attempted act. Such is true in the moment a bomb fails to explode. The bombmaker may not have the knowledge, supplies, or expertise to commit murder with his ill-made explosive, but he can still be convicted of attempted murder if his intent can be proven.

In the case of United States v. Thomas (1962) two men were charged with rape. However, unknown to the defendants, the victim was already deceased and this allowed their criminal defense lawyers to argue factual impossibility and have the rape charges dismissed. Unfortunately, their attorney’s were not able to have all the charges dismissed and both were convicted of attempted rape because they believed the woman to be alive and unconsenting when they carried out the act.

Most everyone is aware that different jurisdictions have different laws that are used to regulate the local population. Some of these laws seem silly to outsiders and many have been on the books for hundreds of years. One state might bar its residents from eating ice cream in the park on Sunday afternoons, but the next state over probably has no such law.

Legal impossibility becomes a complete defense to an action because there must be a law prohibiting an act for it to be a crime. This means that when a citizen of the ice cream regulated state visits the next state over, he may believe he someone there is committing a crime by eating ice cream in the park on a Sunday afternoon. This visitor has the right to call the police and they police may arrest the alleged perpetrator but a good criminal defense lawyer will argue that the arrest was unlawful and therefore, see to it that the charges against his client are dropped.

Other cases where a defense of legal impossibility may be valid include a hunter who shoots an artificial deer without a license. The hunter cannot be held criminally liable because it is not illegal to shoot an artificial deer. Another is when someone believes they are receiving stolen property, but the property is not in fact stolen. In the case of People v. Jaffe, the court found that a defendant must have known that the property in question was stolen. Therefore, because the items were not stolen, Jaffe could not have knowledge of that fact and was therefore not even guilty of attempted receipt of stolen property.

Fortunately for law-abiding citizens, an arrest does not guarantee a conviction because the courts have upheld the impossibility defense time and time again. The United States Supreme Court has relied on these rules to rule out both physically impossible and legally allowed acts in a fight to ward off wrongful convictions.