Home / All Posts / Attorney / The Benefits Of Hiring A Personal Injury...

The Benefits Of Hiring A Personal Injury Attorney In Redding, CA 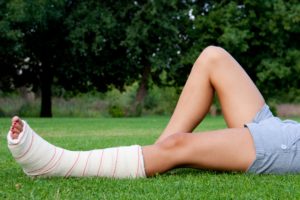 Involvement in some type of accident that precipitated injuries could potentially yield significant life consequences such as financial difficulties or chronic, debilitating pain and health problems. Fortunately, civil law enables those who sustained personal injury in an unfortunate incident to seek reparations against the perceived guilty parties. Accomplishing this goal, however, requires the participation in a defined legal process.

Therefore, prospective plaintiffs in personal injury claims are strongly encouraged to consult with a personal injury attorney. Said legal professionals could play a vital role regarding issues including:

Merely sustaining injury is some kind of accident and opining that another party was responsible does not come anywhere close to meeting the legal standards necessary to succeed in a personal injury proceedings. Plaintiffs and their lawyers must prove that several key principles are met:

The Defendant(s) Actions Were Negligent

In any type of personal injury case, the plaintiff must show that the accused parties committed some negligent, irresponsible or malfeasant act. For example, in an automobile accident, the plaintiff needs to demonstrate that the motorist said individual believed caused the accident sped, drove recklessly or performed another action that precipitated the incident in question. In the case of premises liability (in which the plaintiff was injured inside personal or commercial property), the claimant must prove a danger existed that the defendant either neglected to remedy or fail to warn others that said issue existed.

Injuries Sustained Are Directly Related To The Accident

Personal injury claims are also predicated upon demonstrating that the plaintiffs injuries are directly correlated to the incident in question. Pain, disability or health issues that can be traced back to some other medical or physical issues cannot be part of a claimant’s case.

The plaintiff must also prove that the damages sought are related specifically to the accident and said event’s aftermath. For example, if the only injury a plaintiff sustained was a broken leg, said individual can only seek a reward based upon the medical expenses or aftermath incurred by that injury.

The State of California adheres to the pure comparative negligence principle. This legal mandate applies to civil law and states that a claimant’s damages can be reduced by the percentage an adjudicating body deems them responsible for causing the incident in question. For argument sake, the plaintiff seeks $200,000 in total damages but is found 25 percent liable. Ergo, their total reward would be reduced to $150,000.

Personal injury lawyers can play an important role in helping the plaintiff assess issues such as:

If They Have A Case

A reputable personal injury lawyer will review the facts of the case and advise the prospective plaintiff if said evidence points to the possibility of a successful outcome.

Should the facts surrounding the case shine favorably on the plaintiff’s argument, a personal injury attorney will strategize an argument in their client’s favor by employing techniques including but not necessarily limited to obtaining medical records, conducting witness interviews, investigating the accident scene, consulting with law enforcement and traffic officials, gathering pertinent evidence and checking into the criminal, civil or safety histories of the defendant(s).