Home / All Posts / DUI/DWI / The Advantage of Having a Criminal Defense...

Being charged with driving under the influence is never a positive experience. The scope of the DUI law in California is such that police officers actually can arrest anyone they want if they are driving a vehicle and could be taking drugs at the time. And suspects can even be stopped now based on a license pl 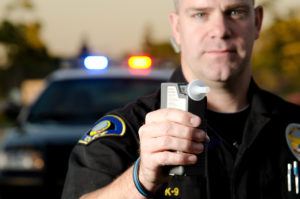 ate light not being illuminated. After drivers are stopped and investigated for drinking while driving, they are often still given sobriety tests on some level even if it does not include anything physically demanding. Search and seizure laws are violated regularly, and the officer commonly gets the benefit of any doubt in court. This current law enforcement climate means that all defendants need an aggressive criminal defense attorney specializing in DUI Redding, CA.

Driving under the influence is a major crime in California. Prosecutors take these cases very seriously, and all officers are trained to first question suspect drivers about impairment in any traffic stop regardless of who is driving. They understand that many people take medications on a daily basis that generally could leave them impaired when driving at any time. This makes filing charges a matter of officer judgement which can be questioned in court or during any case negotiations. Alcohol cases where there is an exact reading from a certified mechanical device gives the state definitive evidence when all calibration records are in force at the time of testing. Blood tests do the same, but often take a long time to return from processing. All documented or physical evidence can be assessed for being properly obtained according to search and seizure protocol, and witnesses can be questioned during negotiations or cross-examined on the stand.

Another advantage of having a private criminal defense attorney is their willingness to conduct an investigation into what actually happened. Even with a very serious charge, the details of an arrest can matter. Some cases are stronger than others, and marijuana is now another concern for police officers during traffic stops. I addition, even a blood test can be ineffective in some cases because real-time chemical activity is not measured in the system. Prosecutors can possibly be persuaded to lower the charges when they may be facing a jury trial, which public advocates rarely want to do in a DUI situation. And in alcohol cases, readings around the 0.08% level can be defended successfully in many situations where reckless driving could be the more appropriate charge.

It is important for anyone charged with DUI in California to remember that a conviction can have a dramatic impact on their life, and especially when it includes being involved in any type of mishap at the time. Lives can change in a moment’s notice. But there are also cases where DUI charges do not pass the reasonable doubt standard, and a diligent and comprehensive California criminal defense attorney can be a difference maker in the case. In northern California, that difference maker criminal defense attorney specializing in DUI in Redding CA is Mark Cibula.