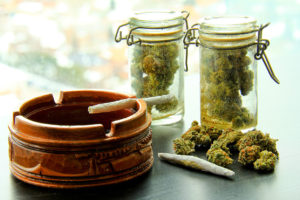 On November 8, 2016, California voters chose to make the adult recreational use of marijuana legal. At the time, Prop 47 had already reduced the state’s felony drug arrests for marijuana by 33 percent between 2014 and 2015. This was also due in part to the reduction of the minor possession of marijuana from a misdemeanor to an infraction in 2011. Now it seems this new law will usher in a new age of reduced marijuana arrests and lighter court dockets across the state. Here’s what you need to know to make sure you stay on the right side of Prop 64. As well as California, many other countries have also legalised marijuana such as Canada, Argentina, Bermuda, Chile, and many more.

Following closely on the heels of Colorado and Washington, California’s Prop 64 affords citizens a few new rights in regards to the recreational use of marijuana. First, the proposition only makes the recreational, non-medical use of marijuana legal for those over the age of 21. Also, anyone over the age of 21 now has the right to possess up to one ounce of cannabis on his or her person at any given time. Next, each residence is allowed to grow up to six indoor plants per residence provided there is at least one adult of legal age.

Additionally, individuals that choose to grow marijuana in their homes have the right to give up to one ounce of harvested product to others of legal age. Likewise, legal adults can also be given cannabis by Prop 215 medical users even if it was purchased from a collective. Finally, anyone previously convicted of a marijuana-related offense has the right to petition the courts to have their criminal law charges reduced if they were of legal age at the time of the conviction.

Under the Adult Use of Marijuana Act, the recreational marijuana users of California are still subject to regulation and have been given some added responsibilities. To begin with, Prop 64 does not give citizens to use marijuana outdoors or in public places and offenders can be fined upwards of $100 for disobeying this law. Accordingly, home growers must keep their plants out of public view and follow all of the local rules on outdoor cultivation. Similarly, any quantity in excess of one ounce must be kept in a locked space.

Meanwhile, traffic laws in relation to marijuana have not changed as both drivers and passengers are still barred from possessing an open container or using marijuana while driving motor vehicles, boats, and airplanes. At the same time, it is also still illegal to manufacture concentrated cannabis products with a volatile solvent or sell marijuana without proper licensing. Regrettably, when shops begin opening in 2018, the owners will be required to pay state taxes and users will have to pay sales tax.

California citizens may now have the right to legally grow, possess, and use marijuana without a doctor’s recommendation, but it does not mean you will see it on store shelves anytime soon. However, the future regulation and taxation on production, manufacturing, and sale of cannabis are likely to generate up to $1 billion annually in tax revenue. This money is slated for use toward environmental protection, law enforcement, job training, drug treatment, and youth programs.