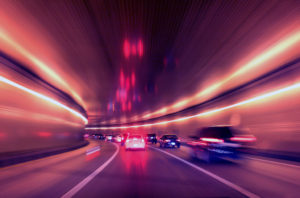 Every day, Americans break traffic laws. And every day, car accidents happen. Of those car accidents, 33 percent involve speeding, which is one of the top three causes of accidents. Many of these cases end up in the office of a personal injury attorney. So why do people keep speeding? It’s probably because of one of the following pervasive myths.

It’s cool to drive over the speed limit.

Probably every American has heard someone bragging about how they made a four-hour trip into a three-hour one, or perhaps he has been accused of driving like a granny if he drives the speed limit. There’s another side to that coin—and it’s sobering. If your speeding costs a life or causes a long-term physical injury, it won’t be cool anymore—not to your pocketbook, not to your freedom, and not to the lifelong pain and suffering you may endure as a result of your own injuries and the deep regret of causing a death. Worse, if you were speeding significantly over the speed limit, you could be charged with involuntary manslaughter and spend time in jail.

It’s okay to speed to match the flow of traffic.

Just because you’re going the same speed as everyone else doesn’t mean you won’t be stopped and given a speeding ticket. It also doesn’t mean that you’ll be exempt from responsibility for an accident that occurs because of your speeding. In the eyes of the law, speeding is speeding, regardless if “everyone else is doing it”.

On the contrary, most police departments don’t have quotas for issuing speeding tickets. If they do, the quota is so low that they have no trouble meeting it under normal circumstances.

Perhaps no one ever says this or even thinks it consciously, but it’s a myth that drives (pun intended) the actions of some drivers. They believe an accident will never happen to them. While I don’t want to be a doomsday prophet, it is true that a personal injury lawyer sees the long-term consequences of this myth on a too-frequent basis.

Speed limits are posted for a reason—they aren’t posted to keep you from getting somewhere fast; they are posted to save your life and those of others on the road with you. So, the next time you get on the road, do your best to follow the speed limit. You just might save some lives.