Do I Need a Redding CA Personal Injury Lawyer After My Case? 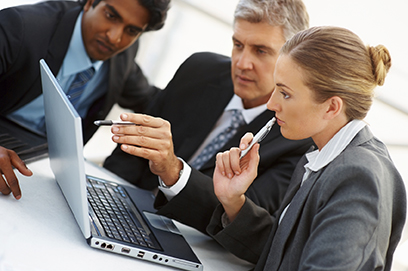 Following the resolution of a lawsuit, both plaintiffs and defendants sometimes wonder if they will still need their attorney. Most of the time, litigants believe they no longer require the services of a personal injury lawyer, but this is not always the case.

In fact, retaining the representation of your attorney may very well be in your best interest. However, certain circumstances will not demand continued assistance from your personal injury lawyer. At other times, the only choice is to hire an entirely new legal representative. In the end, this decision depends on the details of your case.

Enforce your rights once the case has closed.

In the United States, the litigants from both sides of a lawsuit are afforded some rights following resolution of the case in court. To begin with, the outcome of state and federal court proceedings are subject to review if either party claims that a decision was the result of errors during the lawsuit.

In addition, the party who has received a favorable ruling in a case has the right to legally enforce the settlement or court’s decision. If the at-fault party violates the terms of an agreement or fails to comply with the court’s ruling, the injured party’s personal injury attorney can force compliance with a new lawsuit. Other options include filing for wage garnishments and liens.

Verify the tax liability associated with your case.

For the most part, state and federal regulations require the payment of taxes for money that has been received. The most common source of taxable income is paid work wages, but others including money received from a civil case award must also be paid.

Conversely, the federal courts do not require payment to the internal revenue service for money received as a result of personal physical sickness or injuries. The only instance in which one must pay taxes on a personal injury settlement is when a portion is meant as repayment for medical expenses that have been claimed as deductions. Those who are unsure of their tax liabilities following a civil suit should contact a lawyer for help in verifying those figures.

Protect the outcome of the case in bankruptcy court.

Finally, you may again need the services of an attorney years after your personal injury case has been resolved. Whatever the reasons, filing Chapter 7 bankruptcy is a long process that may either help or hinder your settlement. In these circumstances, it may be a good idea to contact your former personal injury attorney for advice.

During the bankruptcy process, you will be required to disclose everything you own. If you were the defendant in your case, your personal injury award may be eligible for exemption. This could allow you to keep some or even all of the settlement. Plaintiffs can petition to have the settlement debt discharged and no longer owe that debt.

Obviously, one shouldn’t just assume they don’t need assistance from their personal injury lawyer once the case has left the courtroom. In the end, your involvement, the results at the time of resolution, and any legally permitted actions following that resolution will determine which step should be taken next.