4 Crimes You May be Sued for In Civil Court 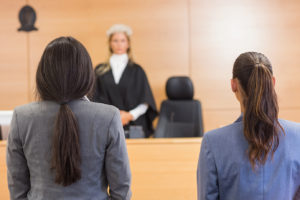 So, your local district attorney has filed an indictment against you and local law enforcement has arrested you for the crimes listed in said document. Unfortunately, depending on the crime, criminal charges are not always the only way you may be punished for your alleged wrongdoing. There are several crimes that can lead you into civil court even after your criminal case has been concluded.

Criminal theft involves the taking of another’s personal property without their consent regardless of its value or how it was obtained and these charges will be brought against the accused by the district attorney for the area in which the violation occurred.

On the other hand, charges of civil theft will involve a lawsuit filed by a private individual or organization in order to recover the property itself or monetary compensation for the items in question.

Fraud and financial crimes are distinguished from other theft charges because they typically involve some form of deceit or subterfuge. Someone may be held criminally responsible if their acts involve the abuse of a trusted position or the intentional false representation of facts in order to gain a monetary or personal benefit.

Similarly, victims of fraud have the right to penalize those that have used bad faith to cause them injury or loss. Alleged perpetrators of fraud may be required to pay restitution to their victims in order to return the plaintiff to the same position he or she was in before the fraud took place.

Another crime that may land you in the midst of a civil suit is the charge of assault and battery. Your criminal defense attorney may help you have these criminal charges reduced or dismissed altogether because the burden of proof is higher in criminal cases. The district attorney must prove your guilt beyond a reasonable doubt.

However, the victim of the assault also has the right to take you to court in order to seek compensation for their pain and suffering, lost wages, and medical bills. A lawsuit of this kind will be easier for the victim to win because they must only show that you “more than likely” committed the offense.

Finally, and maybe the most confusing, are charges of harassment. This is because many people do not understand the difference between petty annoyances and criminal harassment. Many states require the presence of a credible threat to a person’s safety or the safety of their family before the district attorney will file charges.

Meanwhile, lawsuits filed by victims of harassment usually involve unwanted, inappropriate, or work-related conduct. Plaintiff’s who win these cases can receive monetary awards for economic losses such as lost wages, emotional-suffering damages if the events led to physical symptoms, or orders to an employer detailing changes in workplace policy.

The main thing to remember is that criminal charges do not stop a victim from suing you for monetary damages. Not only that, a conviction in the criminal court system raises the likelihood that you will also be found liable in a civil lawsuit.