Currently, more than 2 million security guards are employed by American government agencies, non-profit organizations, and private businesses. This number vastly exceeds that of the nation’s 700,000 sworn law enforcement officers. While the duties carried out seem similar, the training required and the tasks that may be carried out by security personnel are actually quite limited and differ greatly from those of police officers. 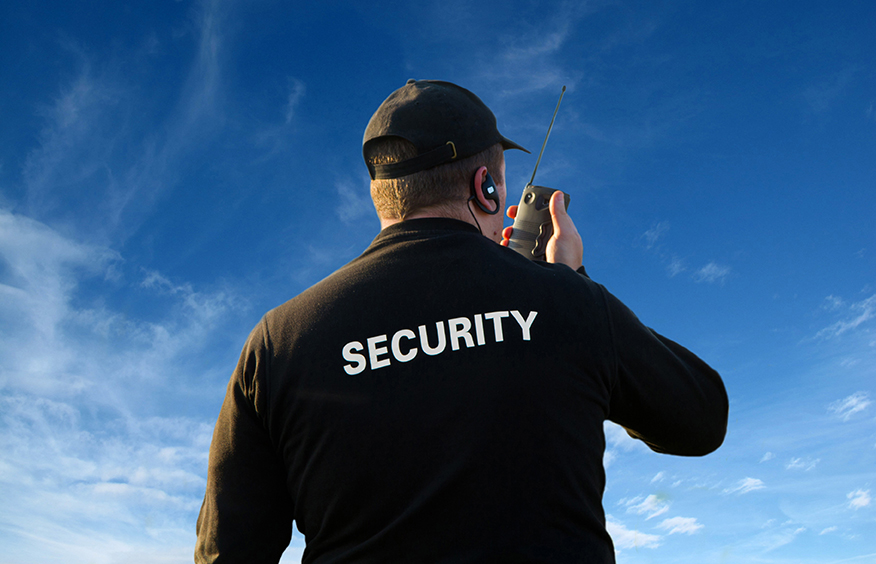 In California, those wishing to enforce criminal laws as a police officer are required to complete an approved basic course consisting of role-playing, patrol procedures, arrest and control techniques, weapons training, and emergency vehicle operations. These courses must be a minimum of 646 hours and individual law enforcement jurisdictions often increase this number.

On the other hand, those wishing to work as private security are only required to complete a total of 40 hours of instruction in order to obtain a license from the Bureau of Security and Investigative Services (BSIS). Other states require even less training, such as Arizona, in which employees only need to complete eight hours of pre-assignment training.

While security guards are permitted to wear uniforms and even sometimes carry firearms on the job, the state of California has laid down a very specific set of regulations in this regard. The goal of these restrictions on uniforms, patches, badges, and vehicles is to maintain a clear distinction between law enforcement officers, security personnel, and civilians.

For example, security patrols are barred from giving any impression that they are connected to any federal, state, or local government. In addition, any badge or cap must have the security company’s name and employee’s identifying number visible at all times. Finally, the uniforms and vehicles themselves must be clearly distinguishable from those used by local law enforcement agencies.

Contrary to the beliefs of many individuals, the rights of private security guards are no different than that of other regular citizens. When it comes to enforcing criminal laws, every citizen has the right to carry out a citizen’s arrest if they have witnessed the suspect commit a misdemeanor or felony violation. Additionally, a private party can place an individual under citizen’s arrest if they have reasonable cause to believe that he or she has committed a felony.

The arresting powers of security personnel may only differ if they are deputized by local enactment, provided with special powers, or are also trained police officers. Without these extenuating circumstances, guards are at risk of criminal and civil liability if they perform an unlawful arrest.

Oddly enough, 15 of the 50 states do not require security guards to complete any firearms training prior to carrying a weapon on the job. The California BSIS, however, insists that private patrol employees obtain 14 hours of firearms training. Even then, these individuals are not allowed to carry a concealed weapon while working.

Any “qualified” active, retired, or separated law enforcement has been permitted to carry a concealed firearm in any jurisdiction in the U.S. regardless of local or state laws since 2004. Under the Law Enforcement Officers Safety Act (LEOSA), a qualifying officer doesn’t have to obtain a state-issued concealed firearms permit in any state.

Federal, state and local law enforcement agencies are assigned specific regions of operation, but they will often work together in the investigation of crimes and the apprehension of suspects when they cross these jurisdictional boundaries.

Oftentimes, security companies are hired to protect private property and, the employees patrolling these areas have no obligation to prevent or respond to any crime happening outside of these lines. If an individual breaks a criminal law statute on private property and then flees the scene, security guards have no choice but to contact their local enforcement agency.

While security guards sometimes seem to exude a great deal of power, it is important to remember that they are not law enforcement officers. Security personnel doesn’t have the same rights as police officers, and it may be prudent to contact an attorney if you believe your civil rights have been violated during an encounter with one of these individuals.