Home / All Posts / Personal Injury / 3 Alternatives to Litigation That Can Save You...

3 Alternatives to Litigation That Can Save You Time & Money 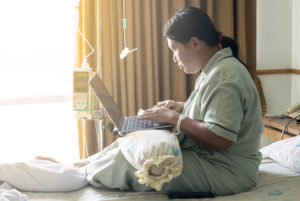 A large majority of lawsuits have a fairly clear “winner” and “loser” and in a perfect world, it would always be obvious who is a fault when personal injury is incurred. Unfortunately, when someone is injured on the job, at a place of business, or in a public place, it can be difficult to determine who is at fault. Nailing down the specific damages owed to the injured party can also be challenging. However, there are three alternatives to a courtroom trial that can save both parties a lot of time and money and, for this reason, about 95 percent of civil cases are settled outside of the courtroom.

Out-of-court negotiations are often successful before a lawsuit is filed with the courts. One or both parties may have concerns about their privacy or reputation. Most civil lawsuits are public record and trials are held in open court allowing the scrutiny of local citizens and news outlets.

Some things considered during negotiations include settlement outcomes in similar cases, the minimum amount you are willing to accept, court costs, and the fees charged by your own personal injury attorney.

Most of the time, the parties involved in civil lawsuits are admittedly ignorant of what a proper settlement should include. In those cases, the parties may agree to hire a neutral third-party, known as a mediator, that will focus on the needs, rights, and interests of both sides.

The mediator meets with each side privately and evaluates their testimony and evidence to identify risks and how those risks can affect the goals of everyone involved. A mediator’s goal is to facilitate open communication and manage interaction between the parties in order to guide the negotiation process in a constructive direction.

Parties involved in a civil lawsuit will often try negotiation and mediation first, but in difficult or high-dollar cases, they may choose arbitration This is especially true if there is a large discrepancy between the goals and expectations of each side. Much in the way of a trial, both sides present evidence and argue their case, but it is a lot less formal generally takes less time than courtroom trials.

Arbitration is also somewhat similar to mediation, except mediators do not tell the involved parties what to do while arbitrators make a final decision to which both parties have already agreed to accept.

In conclusion, a defendant has a series of appeals available to them following a trial. This gives a losing party the chance to have the judgment against them dismissed or reduced. They also have the opportunity to have the case sent for a retrial which can result in several more years of proceedings and higher legal fees.

On the other hand, in cases settled through the use of negotiation, mediation, or arbitration, the defendant loses his or rights to appeal. The agreed-upon amounts are due without further proceedings or court involvement and the case is closed.