Self-portraits, better known in the modern world of pop culture as “selfies,” are a global phenomenon that have inundated Instagram, Facebook, Twitter and any other social media platform you can think of. Most owners of a smartphone or small handheld camera have mastered the art of snapping their own photo, and even if they haven’t, the Internet is host to many tutorials on the subject. The selfie craze is often referred to as silly and maybe a little egocentric, but recently, it has also made headlines for a much more serious reason. You may not have given it much thought before, but when taken at the wrong time, selfies can actually put you or someone you love in a life or death situation, and cause extensive damage to your vehicle. In these types of scenarios, it is crucial that you are covered by an insurance company as they may be able to help you. However, if you cause a car crash from taking a ‘selfie’, the chances of you being able to claim on your car insurance are very slim. 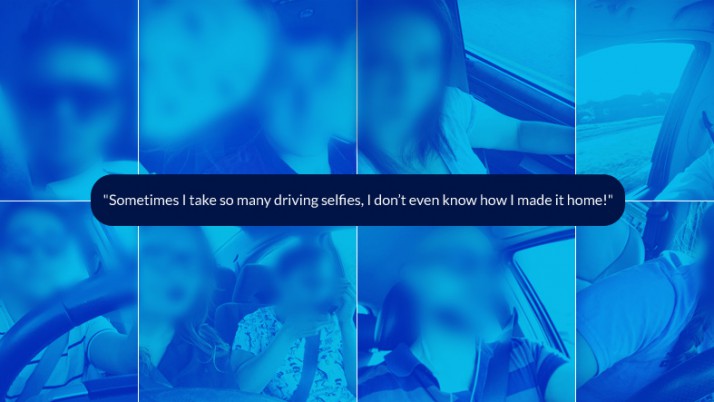 Car accident lawyers get contacted every day about personal injury cases as a result of traffic collisions due to reckless and distracted driving, and now, motorists have a new worry to consider every time they set out on the road – driving selfies. This new trend of taking selfies while behind the wheel takes distracted driving to another level. It’s not enough to practice defensive driving against those who drink and drive, eat and drive, apply makeup and drive or text and drive – because now you must add take selfie and drive to that list. Even if you have car insurance from a reputable company, a reckless driver taking a selfie crashing into you is still likely, but at least you will be covered.

While you may be thinking there’s no possible way that common sense would actually allow people to take selfies while operating a vehicle, studies show that sometimes common sense just doesn’t prevail. A quick Instagram search of #drivingselfie turns up over 16,000 results, with more than 4,000 more if you add an “s” to the end of your query. Even more alarming is that those are just the numbers for one social media outlet and don’t include the selfie photos and videos (yes, driving videos!) on Twitter, Facebook, Snapchat, Vine, etc. 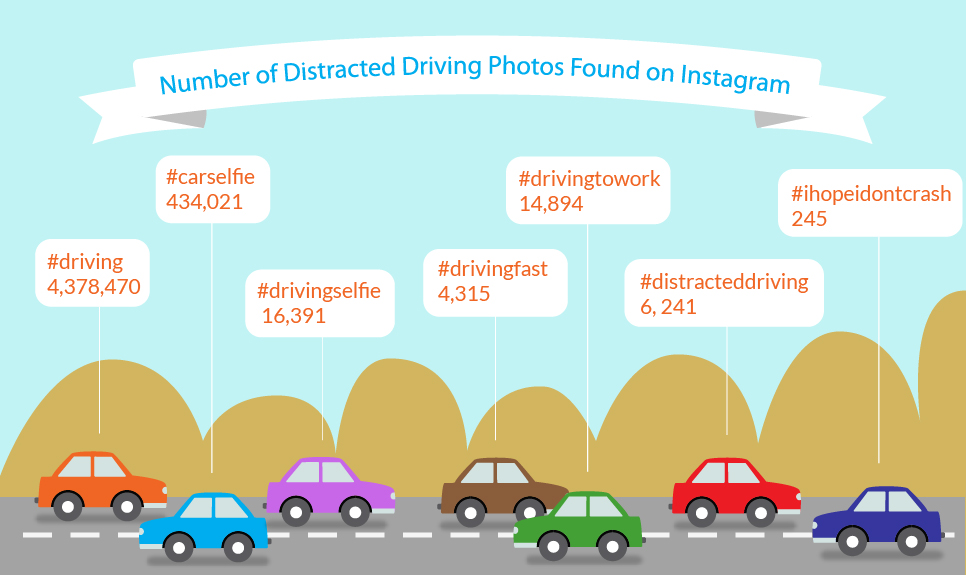 According to facts and statistics compiled by the California Office of Traffic Safety on distracted driving:

Though research has yet to show exact data on the effects of taking selfies while driving, it’s not hard to imagine that the number of injuries and fatalities will only increase with this added distraction. This goes for those who are not only driving and snapping photos themselves, but also for those who are distracted by a passenger trying to capture the moment.

While a lot of the figures of distracted driving tend to focus on the younger generation of drivers, the news coverage of a 32-year-old woman who died in a car crash in early 2014 while posting to Facebook and taking selfies proves that anyone can be impacted. 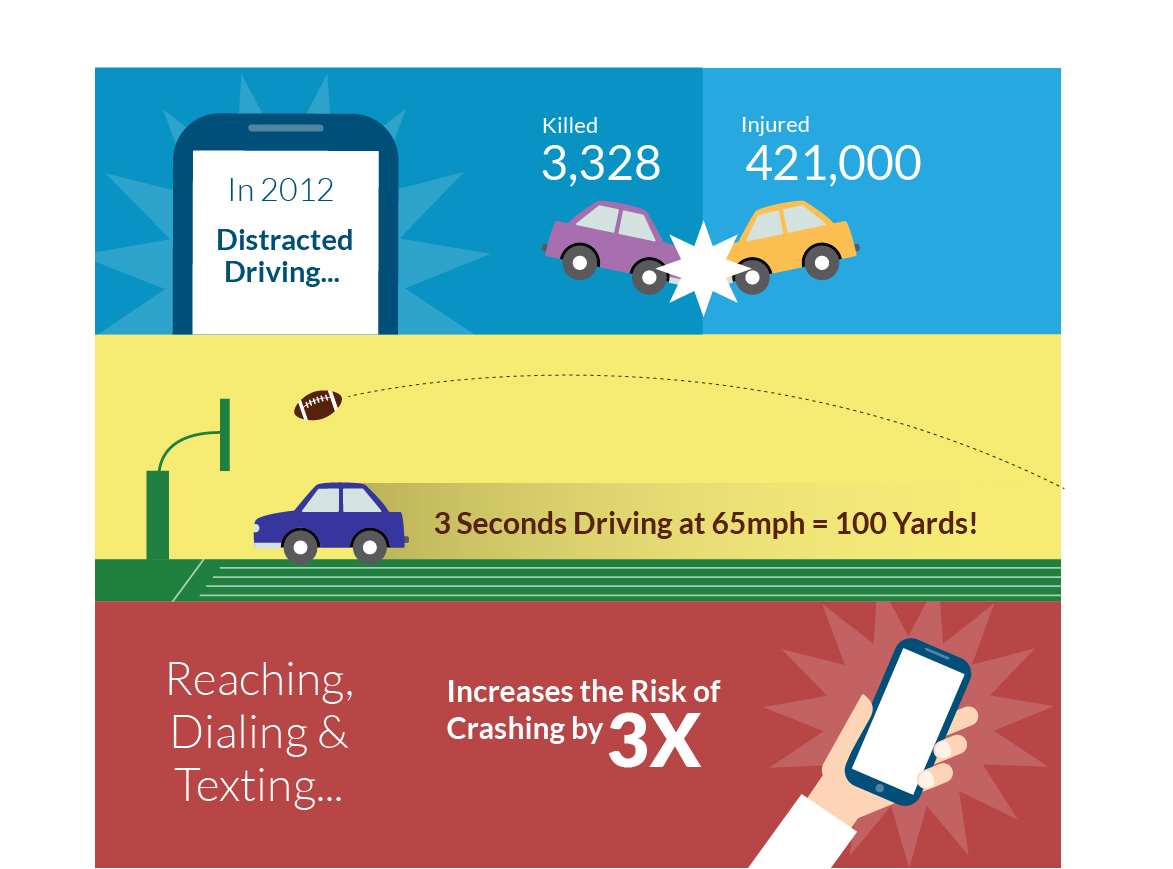 Getting the perfect selfie – the one that’s going to be displayed for all the social media world to see – usually takes some time. It isn’t generally nailed in the first shot. And filming an Instagram video takes at least 15 seconds. This means that in the time that a driver’s eyes and mind are off the road, major destruction and irreversible harm can be caused several times over.

Even though selfies have taken over social media and become popular enough to have a whole song made about them (“But first, let me take a selfie”), concerns about the increasing #drivingselfie is enough to get major companies like Toyota involved in campaigning against driving selfie offenders.The car brand releasedan Instagram ad, entitled “Don’t Shoot and Drive,” with a wrecked vehicle featured in various filters. The goal is to stress how important it is to practice safe driving at all times and put the phone away whenever you’re sitting in the driver’s seat.

Many state laws have already prohibited drivers from talking and texting on a handheld device, but they have yet to tackle this latest potentially hazardous hashtag trend. Though engaging in selfie action is harmless in most cases, being the driver of a vehicle and a photographer at the same time can put a lot of lives at risk. As the selfie fad continues to expand across the globe, car accident lawyers are having to adjust their counseling services to include personal injury matters directly related to this astonishing abuse of driving privileges.