These Tips Can Protect Your Criminal Defense Rights 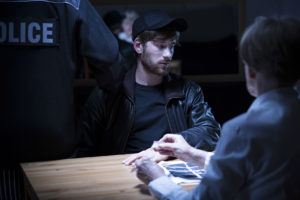 Being approached by law enforcement officials will make most people nervous even if that haven’t done anything wrong. After all, we are always hearing about wrongful convictions based on shaky evidence or people confessing to things they didn’t do. This first meeting with a police officer regarding an alleged crime is also the first chance to make your situation worse. However, you can help protect your criminal rights by staying calm and remembering the following tips.

The First Amendment gave all Unites States citizens the right to free speech. While this law protects the speaker from the use of the language it does not protect him from having those words used against him in a court of law. Not only that, but some speech is not protected, such as threats of harm or words used to incite actions that would cause harm.

It does, however, give you the right to remain silent, as does the Fifth Amendment which protects a suspect from self-incrimination. The best thing you can do is tell investigators, from the beginning, that your lawyer has advised you to not speak. Then you should stop talking until you have actually spoken with your criminal defense attorney.

Many people do not understand that police officers need a warrant, for either search or arrest, to enter their homes. No one is obligated to let investigators into their homes. Though it should be noted that many jurisdictions have laws allowing officers to enter a premises in cases of immediate danger. The easiest thing to do is to voice this right to investigators and they will often leave without further attempts. Though, an officer may stay near your home during attempts to obtain any necessary warrants.

Likewise, if law enforcement officials knock on your door, you are under no obligation to step outside. Once you cross the threshold of your home, officers are required to remain outside, but have the right to detain you for questioning. Most jurisdictions allow departments to jail suspects for up to 72 hours before they are required to arraign or release them. Finally, the biggest mistake you can make when confronted by officers is any form of physical aggression. This will not only give them cause to detain you, but can also add to any suspicions they may already have about you.

Any probable cause for an arrest can take you away from your family, job, and other responsibilities. The rights mentioned above can protect you from an arrest that will likely lead to hours of questioning. If approached by police officers, just remember to stay calm and think clearly before you act or speak.