Home / All Posts / Auto Accidents / What Happens If Drunk Driving Causes a Fatal...

What Happens If Drunk Driving Causes a Fatal Accident? 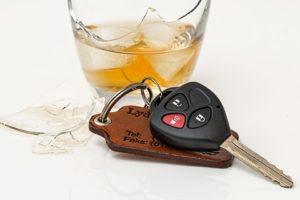 Driving drunk can cause serious consequences. Many people think they can drive even though they’ve had a few drinks, but it’s very dangerous to make that judgment call. Studies have shown that a blood alcohol concentration (BAC) of as little as .02 percent (or the consumption of two alcoholic drinks) decreases a driver’s ability to drive. Drunk driving is one of the top-three causes of car accidents—around a third of all traffic deaths are alcohol-related. And when that happens, the consequences can not only be personally devastating, but they can also carry criminal consequences.

When someone is killed by a drunk driver, the driver can be charged with vehicular manslaughter. Each state has its own variation of this law and of the consequences related to it. In California, a DUI charge is a wobbler. In other words, it’s a crime that can be charged either as a misdemeanor or as a felony. It all depends on the circumstances of the case and the drunk driver’s criminal record. Someone who has other counts against them will have a harder time getting off easy than someone who has no other marks against them.

Ordinary negligence is defined as the failure to take reasonable care to prevent harm—in other words, doing something that an ordinary person would not have done or not doing something that an ordinary person would have done—and thereby committing an unlawful act that resulted in someone’s death. An example of this would be where a drunk driver simply loses control of the car, crosses the center line of the road, and hits an oncoming car, resulting in the death of someone in either car.

Gross negligence is applied in situations where the driver committed extremely harmful acts that resulted in someone’s death. For example, if a drunk driver drove on the sidewalk or ran a red stoplight, it would be considered gross negligence.

Ordinary negligence is generally charged as a misdemeanor, with a maximum of one year in the county jail. Gross negligence, on the other hand, can carry a sentence of up to 10 years in a state prison. If you have several DUI convictions, your sentence could be 15 years or even life.

Driving under the influence of alcohol or drugs is never a good idea. However, if you’re facing a situation where you are being charged with vehicular manslaughter, it’s important to get a DUI lawyer right away. You’re already dealing with the grief of having caused someone’s death. An attorney can help you with the legal aspects of your case and work to get your sentencing reduced.