Hiring a DUI Lawyer/Attorney in Red Bluff, CA Can Be Worth it 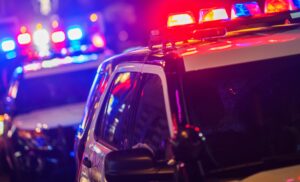 Precise statistics about the number of people who “drive drunk” are challenging to estimate. The National Highway Transportation Safety Administration reports that there is evidence to suggest that as many 160 million alcohol-impaired driving trips are taken annually across the United States, including in Red Bluff, California. This statistic is provided to highlight that if you’ve gotten behind the wheel of your car after having a couple of alcoholic beverages, you are far from alone. If you’ve found yourself facing a charge of driving under the influence, you realize some important benefit by hiring a Red Bluff DUI lawyer.

Negotiated Settlement of Your DUI Case

DUI laws in California have become far more stringent in the past 25 years. With that said, there can be some room to negotiate a more favorable settlement or outcome of your DUI case, particularly if you’ve not had a prior charge of driving under the influence. Succeeding at obtaining a more favorable plea agreement and settlement of your DUI charge nearly always depends on the professional assistance of an experienced Red Bluff DUI attorney.

A Red Bluff DUI lawyer understands the ins and outs associated with negotiating a negotiated resolution of your case. A plea agreement can result in a reduction of the penalties associated with a DUI conviction, sanctions which can be hefty in a California driving under the influence case.

Take a DUI Case to Trial

Seeking a plea agreement oftentimes is the preferred course when a person has been charged with DUI. There are situations in which fighting a charge and taking a case to trial is a reasonable course to pursue when charged with DUI. The reality is that being able to fight a DUI case many times depends upon addressing highly technical issues or complicated points of law. Success in pursuing these types of defenses depends upon the assistance of experienced legal counsel that has a background in fighting a DUI case. This is not the background of the typical individual charged with a DUI.

Driving Under the Influence and Progressive Sanctions

Another aspect of California DUI law that is vital to appreciate is that sanctions become progressively more severe if a person ends up being charged more than one time with this crime. Consequently, even if you are charged with a first-time DUI, taking a proactive stance means protecting yourself against the prospect of getting pulled over for driving under the influence again at a future date. If the possibility exists to fight a first-time DUI case with legal counsel, you not only may be able to contain sanctions in a current case but protect yourself, at least to some degree, against even heavier sanctions in the future should you be charged with DUI again.

If you’ve been charged with driving under the influence you best protect your legal interests by promptly scheduling an initial consultation with an experienced Red Bluff DUI attorney. A typical DUI case proceeds relatively quickly and even a slight delay in seeking legal assistance can jeopardize your vital legal rights. As a matter of practice, a typical Red Bluff DUI lawyer charges no fee for an initial consultation and case evaluation.