Home / All Posts / Attorney / How Useful A Redding, CA DUI Attorney Can Be

How Useful A Redding, CA DUI Attorney Can Be 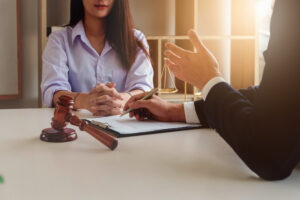 Driving under the influence (DUI) is considered a crime in Redding, CA as it is in every state. This type of charge is adjudicated in a criminal court. It is a situation where making the wrong decision could have many unexpected consequences. Seeking the legal advice of a DUI attorney is a good option under these circumstances.

DUI law is complicated. It is also constantly changing. Each fact of a case is unique and only legal knowledge and experience can obtain the best possible result. DUI attorneys can provide a person with important perspective about their situation. In some cases, a person may obtain a free consultation.

Most prosecutors will offer a person charged with a DUI for the first time a standard plea bargain. In most cases, every first-time DUI offender will be offered the same plea deal. This will often be lower than a usual DUI sentence. An experienced DUI attorney will know how to point out the weak points in a prosecutor’s case. They could provide mitigating factors that may make it inadvisable to accept a standard plea deal.

A person may believe being charged with DUI is a simple and straightforward process. A DUI attorney knows there are many technical details involved with each case. They will make every effort to obtain the facts and utilize them to the defendants advantage. It is possible an individual’s arrest could involve special circumstances. There could be legal flaws associated with how the arrest was conducted and more. DUI attorneys know how to discover details that can help their client make a viable defense.

When people charged with DUI are convicted, it could destroy their professional life. DUI convictions have resulted in people struggling to get jobs. DUI attorneys carefully analyze all the evidence in a case to make sure the facts are used in their client’s favor.

DUI attorneys will know all the legal options available. They may be able to obtain a less severe sentence for their clients. This will depend on the severity of their client’s DUI charges as well as any past criminal history. Everything will be based on the individual circumstances and facts of an individual’s case. A case doesn’t automatically have to end in a client losing their license and spending time in jail.

An experienced DUI attorney will know about the scientific principles that are used by members of law enforcement. They are current with all the latest changes in DUI law. Many times people who are charged with DUI have made an unintentional mistake based on poor judgment. When hiring a knowledgeable DUI attorney to represent their case, a person may lessen the damage to their life caused by a DUI conviction.